Manaus is THE place in the Brazilian Amazon to find a jungle river trip to suit most people’s needs. Although located in the heart of the world’s biggest rainforest, tourists have to be prepared to travel for at least a few days out of Manaus if they are serious about spotting a wide range of wildlife. Birds including macaws, hummingbirds can generally be spotted during most trips. Alligators, snakes, sloths, river dolphins and a few species of monkey are sometimes seen on a three-day trip. Sightings for large mammals and cats, however, are very rare. 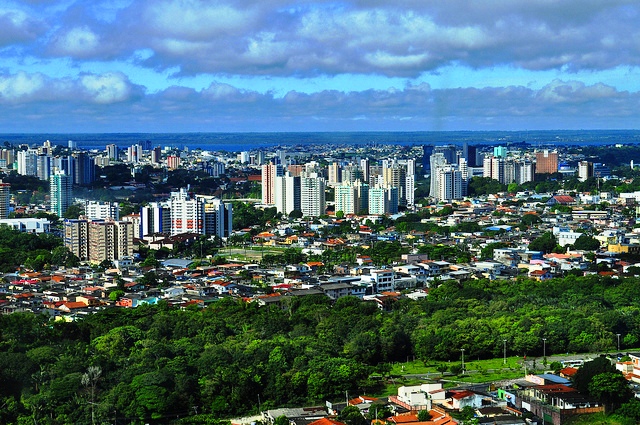 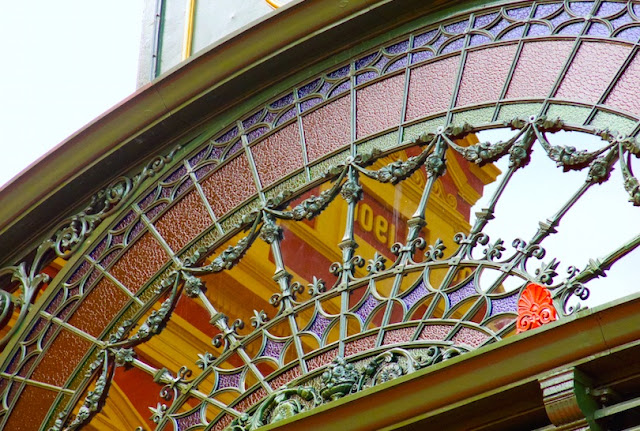 This art nouveau iron-cast market along the shores of the Rio Negro is a sight to behold with its red and yellow painted facade. Inaugurated in 1883, the building structure was based on Les Halles in Paris and was entirely shipped over from Europe. Many of the traditional market items can be found here, from exotic fruits and vegetables, to spices, freshwater fish and handmade crafts. One of the most unique features of this market is the large number of indigenous medicines that can be found here. 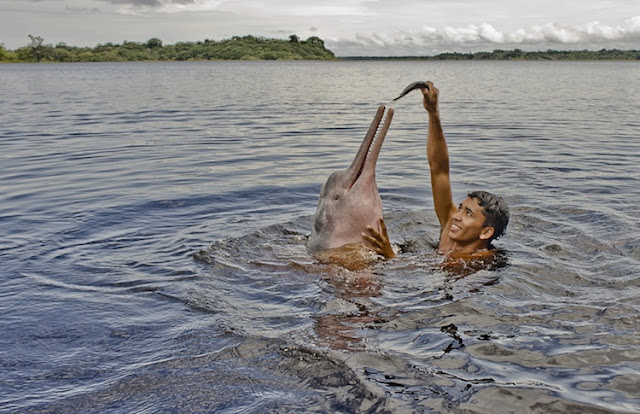 South America’s only freshwater dolphins can be found in the Amazon and its tributaries. As an added bonus, they are pink. Not peachy, flesh-toned pink, but bubble gum and barbie outfit pink. Like many other dolphin species, they can be friendly and curious, which has created a large tourist industry of swimming with pink dolphins in Manaus. Though many different places offer this service, it seems to be done in two main ways. Some lodges will have captured dolphins (or corralled), and guests can swim with them in an enclosed area. Other tours will bring guests out by boat and allow them to jump in when they find a wild group. 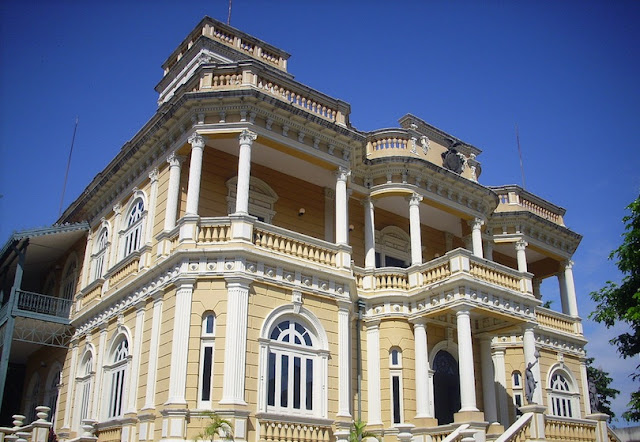 This lovely, gold-toned mansion was originally built for German Rubber Baron Waldemar Scholz at the turn of the twentieth century. For many years after, it became the governor’s mansion and state capital building. In 1997, the building was again re-purposed into a cultural center, and in addition to tours of its lavish architecture and crucial Manauan historical importance, the building now hosts temporary art exhibits and concerts. The palace is in actuality a complex of buildings, and in addition to the main performance hall, it is also home to a coin museum, fine art museum, and sound-and-image museum. 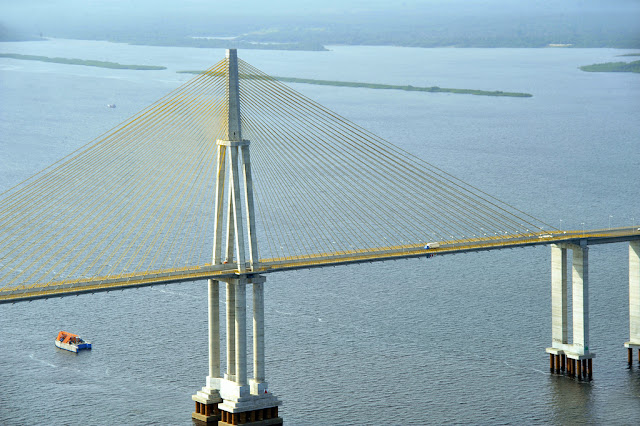 This cable-stayed bridge was created in 2010 to overcome the slow ferry service to the neighboring town of Iranduba and its neighbors, and open access to the untouched rainforest behind. This turned a trip that once took 30 minutes or more into an expanse that can be crossed in five minutes or less, and allowed better access to the lands beyond. The steel bridge is about 3.5 km (2.2 miles) long and allows the Amazon’s shipping traffic to pass unhindered. It is so large that cruise ships can pass beneath without issue. 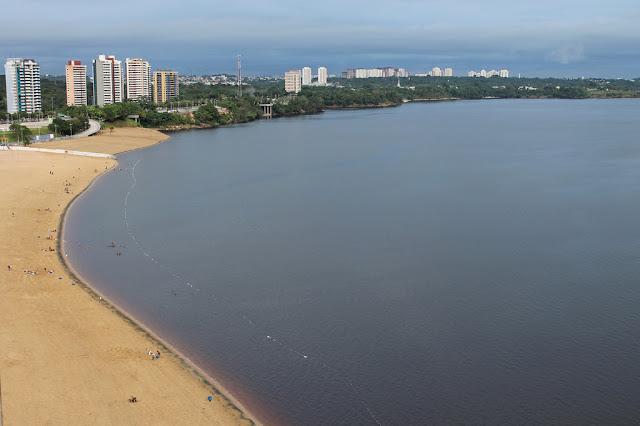 This is the city’s most popular beach for daytime boardwalk amenities and evening nightlife. It became popular because of its striking natural beauty as the yellow sands at low river levels provide a startling and beautiful contrast to the black waters of the Rio Negro. It is also perfectly positioned to watch the sunset, and is the most popular place in Manaus to do just that. Cycle rentals, volleyball courts and a large playground are all available, along with a large number of cafes and shops to explore. 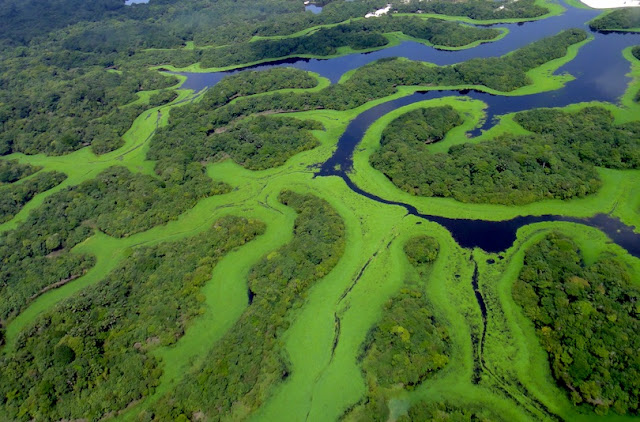 This archipelago of hundreds of long, ribbon like islands in the Rio Negro is geologically the remnants of a large river delta that was once here. It is the world’s largest freshwater archipelago, and contains a large amount of untouched jungle, an ecological station, and several jungle-based ecotourism lodges along the shores. The wildlife here is spectacular, and because there is little standing water, the mosquito count is very low. This makes it especially lovely for nocturnal wildlife viewing, though daytime tours for bird-lovers are also known to be rich in variety and beauty. 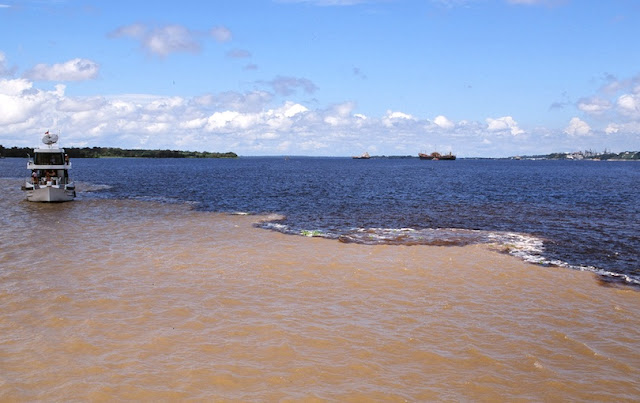 The Encontro das Aguas (“Meeting of the Waters”) is the confluence between the black waters of the Rio Negro and the sand-colored waters of the Amazon. The difference in speed, temperature, and densities of the waters in the two rivers are so different that they create beautiful colored swirls as they intersperse without fully mixing together. This is a beautiful sight, and is best seen either by boat or by air.

3.Stay in a Jungle Lodge 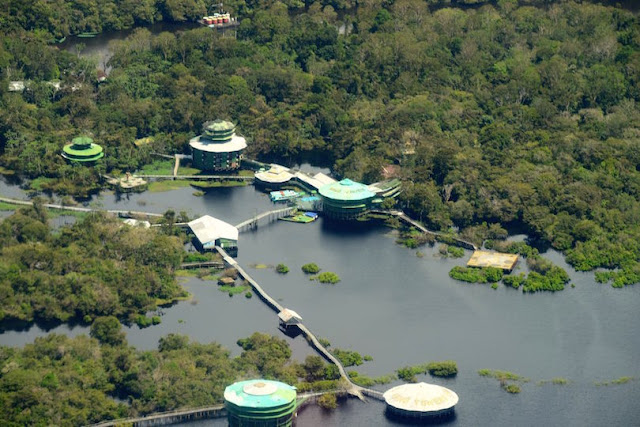 As Manaus is entirely surrounded by the Amazon rainforest there are dozens of jungle lodges in the area. Most are reachable by boat and range from rustic fan-cooled huts to luxurious air-conditioned chalets. Many of these lodges can be found near Iranduba including the Ariau Towers, a luxury hotel built in the treetop canopy of the jungle, and the Tiwa Amazonas Ecoresort which offers air-conditioned cabins around a private lagoon. Activities at jungle lodges include piranha fishing, jungle treks, night walks, canoeing trips and bird spotting. 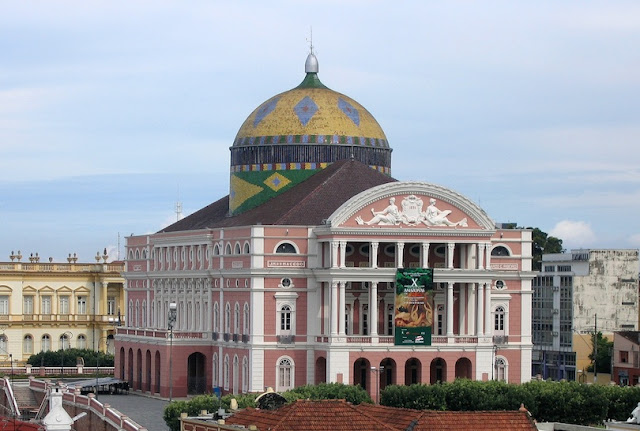 This theater was created with the wealth of the late 1800’s rubber industry, and its pink, arched roof with a central golden dome painted with a resplendent Brazilian flag speaks highly of the opulence of the time. It has been called the jewel in the heart of the Amazon, and continues to be home to the Amazonas Opera Festival and the Amazonas Philharmonic. The building itself is a collection of the best of Europe’s building materials, as it was built with Carrera marble, Scottish steel walls, Alsatian roofing tiles, and almost 200 Italian chandeliers, many of famed Murano glass. 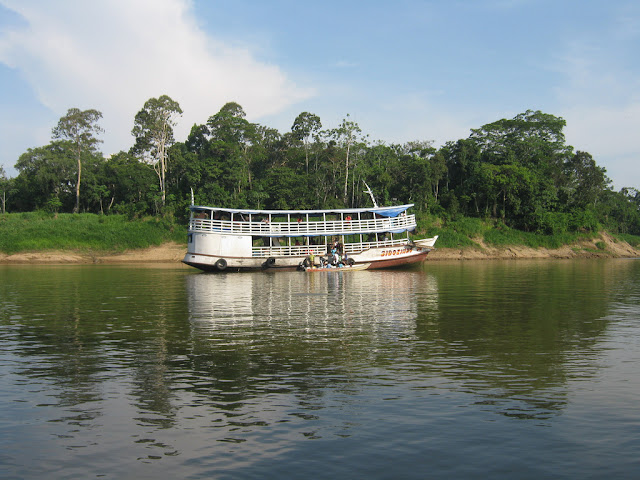 One thought on “Top 10 things to do in Manaus, heart of the Amazon”